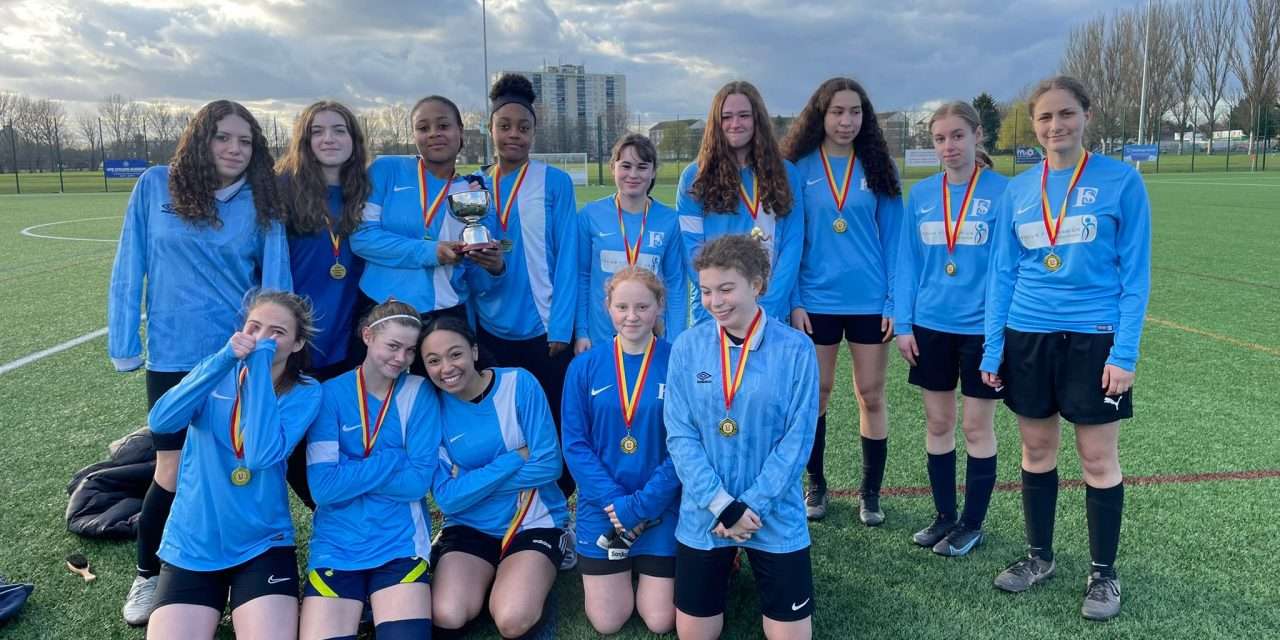 Thanks to COVID-19, more than 1,000 days have passed since a Middlesex Schools’ FA Cup Final took place. This gap – the first of its kind since the Second World War was ended in spectacular fashion on 14th March 2022.

The 2021-22 ‘Finals Fortnight’, in which 12 County Cups are decided in just two weeks, began at Rectory Park with two of our four Girls’ Cup Finals, both of which saw Fortismere School take the trophies.

In the Janet Palmer Bowl, for U16 teams, Fortismere (top) won emphatically against Haydon School. Because the Association took the decision to regionalise all the inter-school competitions to reduce both travel and the risk of COVID-19 transmission, the Final proved to be an uneven contest, with Fortismere winning much more emphatically than they had in earlier rounds.

Although Fortismere proved much too strong for Haydon, the team from Hillingdon kept going for the full 70 minutes and did score a couple of consolation goals during the second half, but by then, it was clear that the Janet Palmer Bowl was heading to Muswell Hill for the second time, Fortismere having been joint winners in 2017-18. 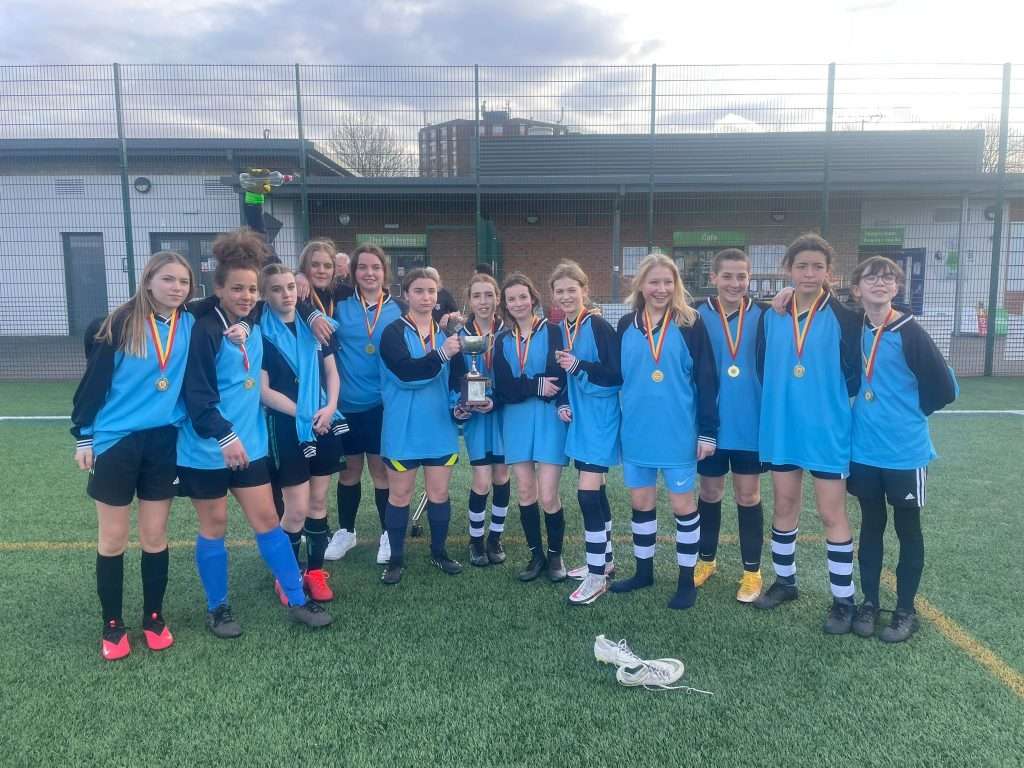 The Stanley Lyle Bowl Final, for U14 Girls teams, took place on the other pitch with a later kick-off and was between Fortismere (above) and Elthorne Park. Elthorne Park’s semi-final had seen them win at Haydon as recently as last Friday, so they took to the field with momentum behind them. However, Fortismere – who were declared joint winners of this trophy in 2019-20 after the pandemic forced all Finals to be cancelled – were 2-0 up at half time. They continued to dominate in the second half, scoring twice more and while Elthorne Park did score a goal of their own, the Haringey school claimed the trophy outright for the first time.

So, the first two County Cups to be decided this season head to the north of the County, with Fortismere’s U15 girls also heading for Rectory Park next Monday for the first ever Rachel Yankey Cup Final. 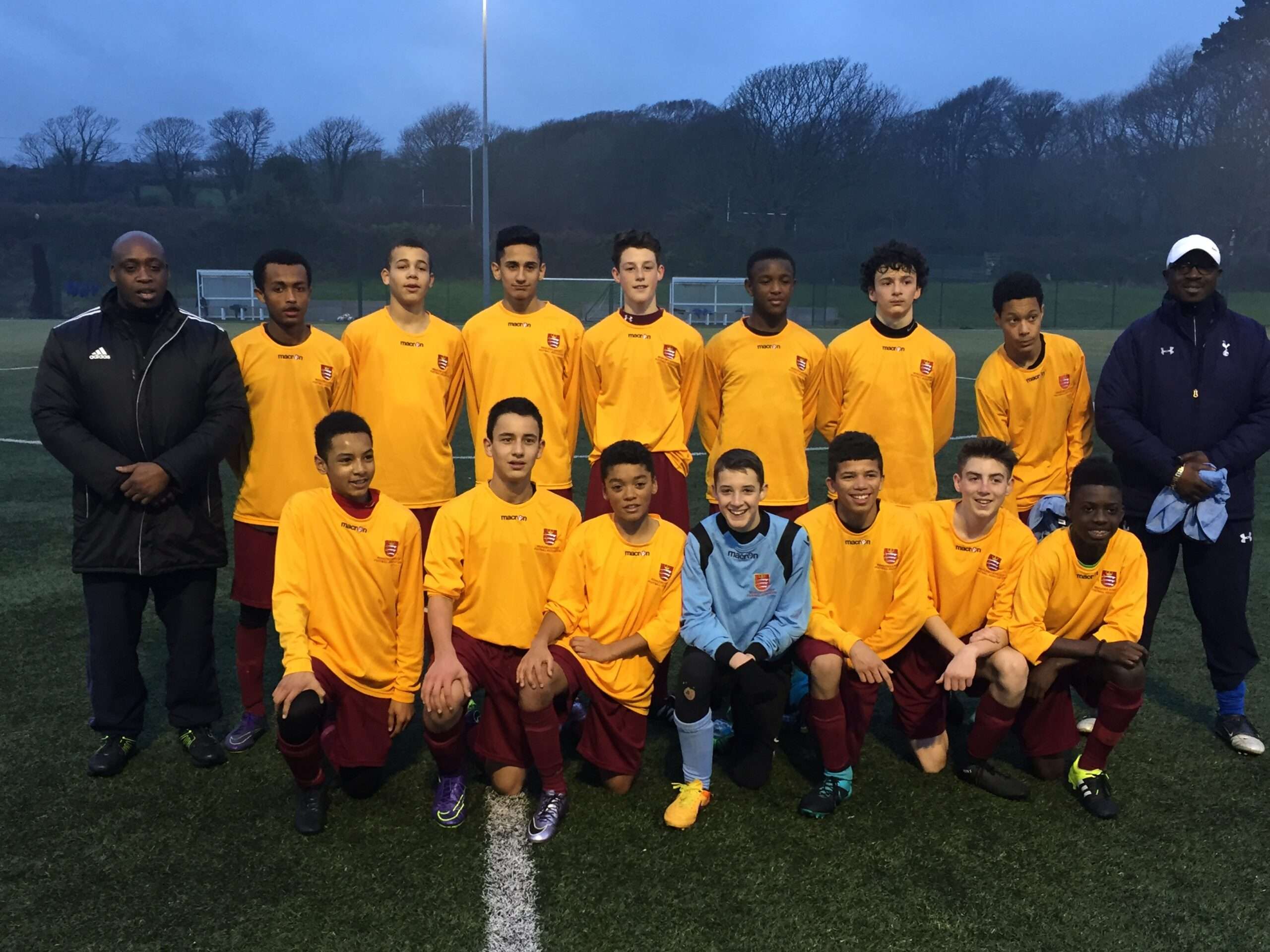