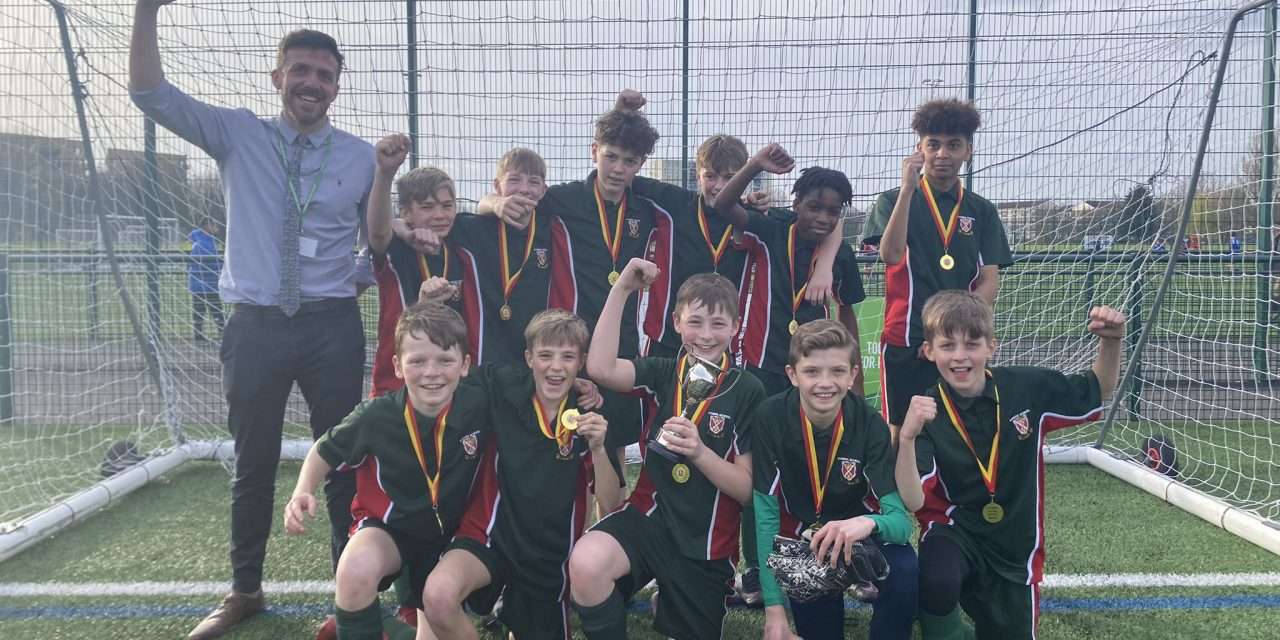 Day 2 of the 2021-22 Finals Fortnight saw the younger players take centre stage at Rectory Park. The U12 Kay Cup, which is both our only 9v9 County Cup and the only one to be designated as a mixed competition, saw St Ignatius College of Enfield take on Vyners School from Hillingdon.

St Ignatius were looking to win the Kay Cup for the fifth time and the first time since 1985-86 while Vyners had never previously claimed this title and had only won a County Cup at any age group once before.

The match was a hugely entertaining contest between two excellent sides but Hillingdon’s ‘boys in green’ proved too strong for their opponents from the County’s northernmost borough. Vyners (top) eventually prevailed by a 4-2 scoreline to claim their school’s first-ever Kay Cup.

Over on the other pitch at the home of Middlesex football, a much-anticipated President’s Cup Final for U13 Boys teams saw Enfield Grammar School take on Gunnersbury Catholic School from Ealing. Like Vyners, Gunnersbury were looking to claim this County Cup for the first time but Enfield Grammar came into the Final fresh from a run to the semi-final of the English Schools’ FA’s national cup. 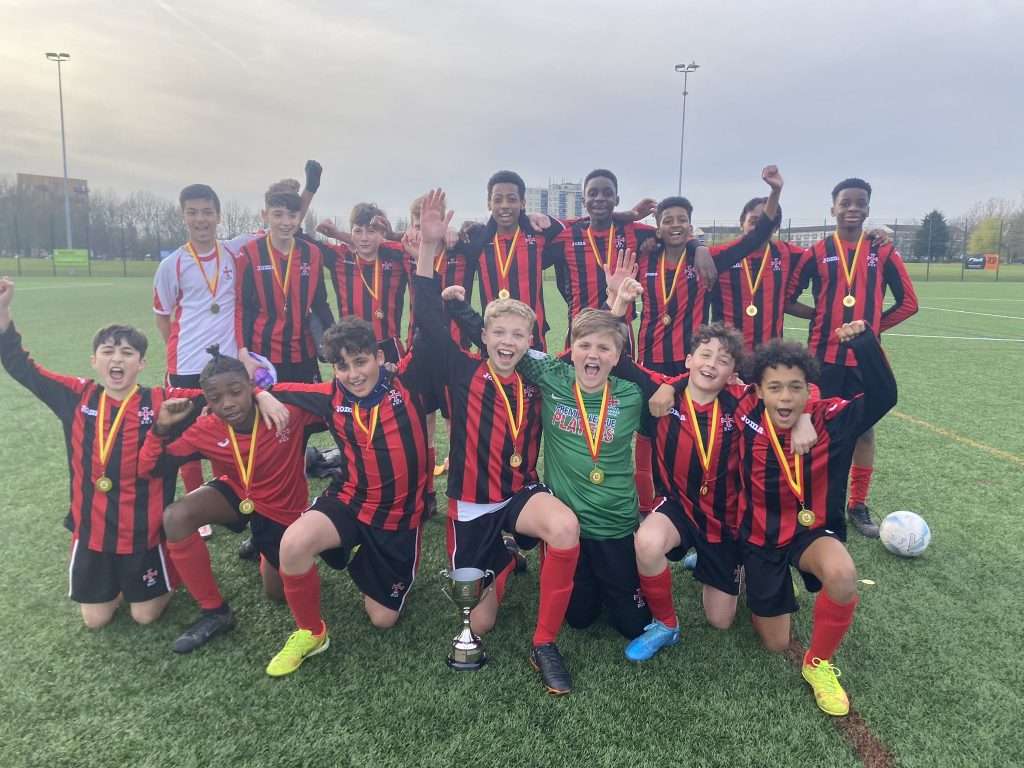 In the end, Enfield managed to edge out Gunnersbury, but certainly didn’t have things all their own way during a match which eventually ended 3-1 to EGS, meaning that the Grammar School won the President’s Cup for a record-extending seventh time. The victorious Enfield team are pictured above.

Emre Tops off win for U16 Rep Team