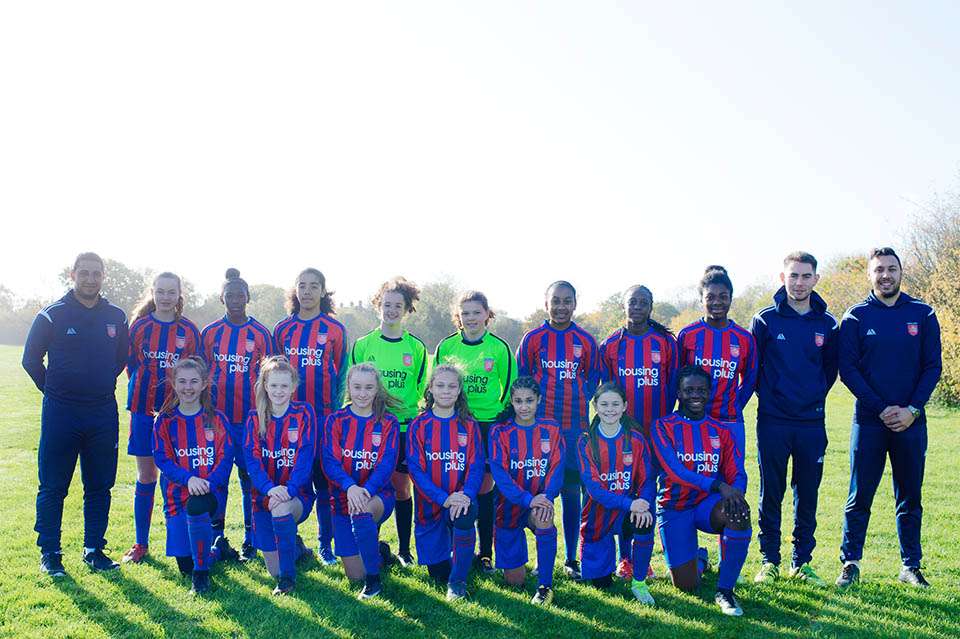 On Saturday 10th November the Middlesex SFA U14 Girls squad faced Surrey in their second league game of the season.
Middlesex started brightly and Naomi Rawding sent Jada Pollendine one-on-one with the ‘keeper within the first minute of the game, but Pollendine saw her shot well saved. The pressure was constant from Middlesex and after putting two missed chances the back of her mind, Shakira Kafero Roberts showed great composure to give Middlesex a deserved lead.

Middlesex’s captain, Caitlin Boodram Star, was orchestrating the game superbly and after her terrific assist for the first goal, she provided yet another ‘eye of the needle’ pass for Pollendine, who lost her defender thanks to some great skill and rifled the ball into the net to double Middlesex’s lead.

Wanting to make their domination count, Middlesex continued to push for a third, leaving themselves occasionally vulnerable to a counter attack. Any worries were calmly eased away however by the back three of Noelani Ageyman, Caitlin Finnerty, Mae Rush and the tireless running of midfielder Macey Bannerman-Lloyd .

In the second half, and now against the wind, Middlesex continued to put in a battling performance, with Evie Underhill, Harriet Stiles-Winfield and Kyra Fleary tirelessly patrolling the wings to set up chances for the attackers and help assist the defenders when needed. Despite a few good chances for the Middlesex attack of Kafero Roberts, Pollendine and Boodram Star, no more goals were scored for the remainder of the half. Middlesex now look forward to their national cup tie against Cambridgeshire.

Trials for U14 Boys Representative Squad