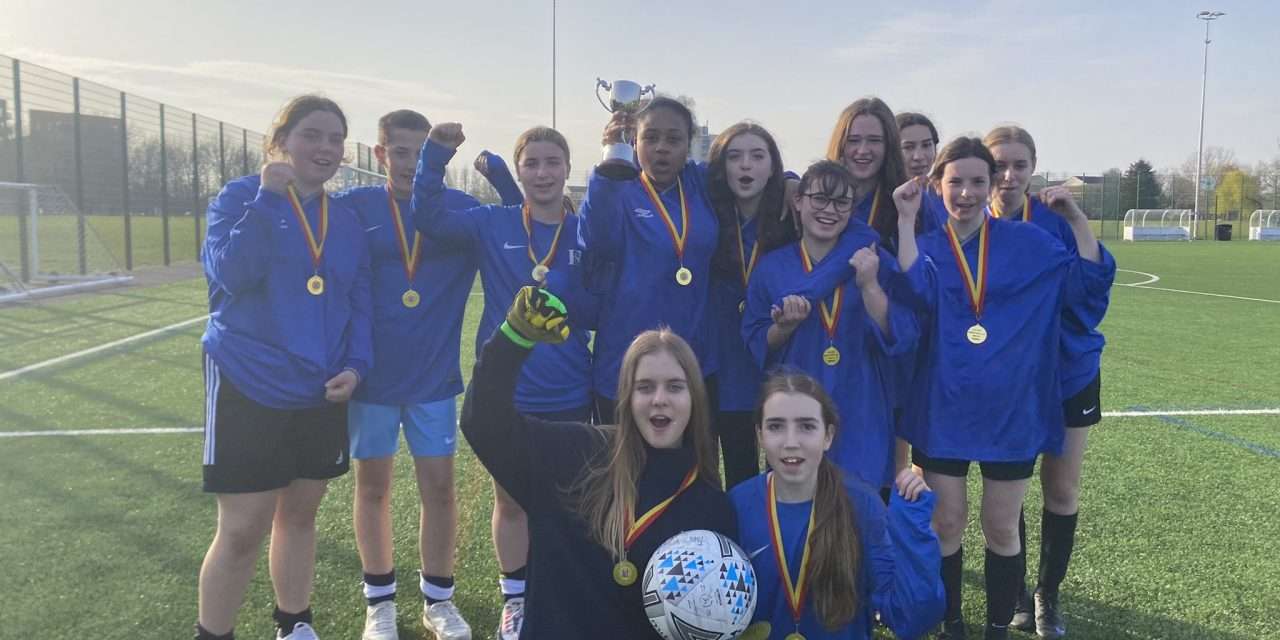 Week 2 of the 2021-22 Finals Fortnight got underway with an historic moment at Rectory Park, as the inaugural Rachel Yankey Cup Final took place. This new competition, for U15 Girls’ teams has been launched as part of the Association’s efforts to provide equal opportunities for boys and girls to play County Cup football. The tournament bears the name of Rachel Yankey, who grew up in Middlesex and went on to have a stellar career which included playing for Team GB in the 2012 Olympic Games.

The match itself pitted Fortismere – who had already won the equivalent competitions at U14 and U16 – with Ashmole Academy. Given their successes on the opening day of Finals Fortnight, perhaps it should come as no surprise that Fortismere (top) proved too strong for Ashmole. The trophy went to Muswell Hill along with the Stanley Lyle Bowl and Janet Palmer Bowl as Fortismere completed a unique hat-trick of County Cups.

However, it wasn’t possible for the Haringey school to win all the Girls’ Cups, as they had been eliminated from the Jan Harding Memorial Trophy for U13 teams at the quarter-final stage. Highlands, from Enfield, who had beaten Alexandra Park 6-4 in the semi-final took on Vyners from Hillingdon, who had proved too strong for Drayton Manor. 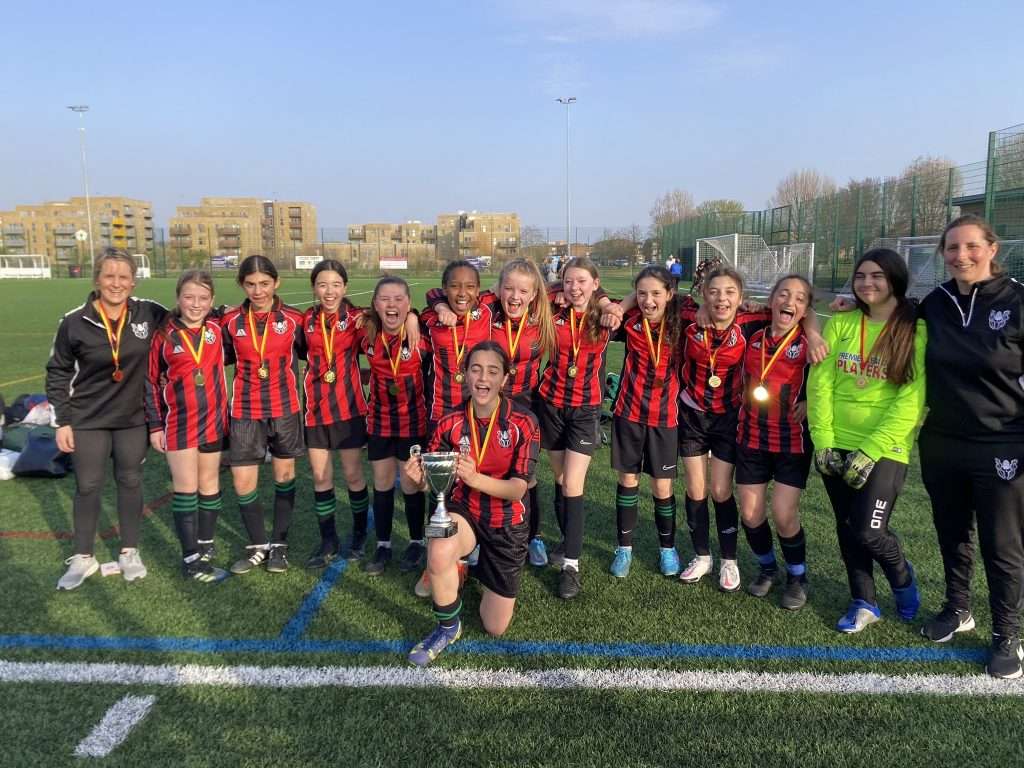 Unfortunately for Hillingdon’s girls in green, they were unable to emulate the U12 squad which won the Kay Cup last week as another County Cup headed north. Highlands (above) were just too strong for Vyners, eventually winning 4-0 to claim the Jan Harding Trophy for the second time, the school having also won in 2012-13.

Trials for U14 Boys Representative Squad