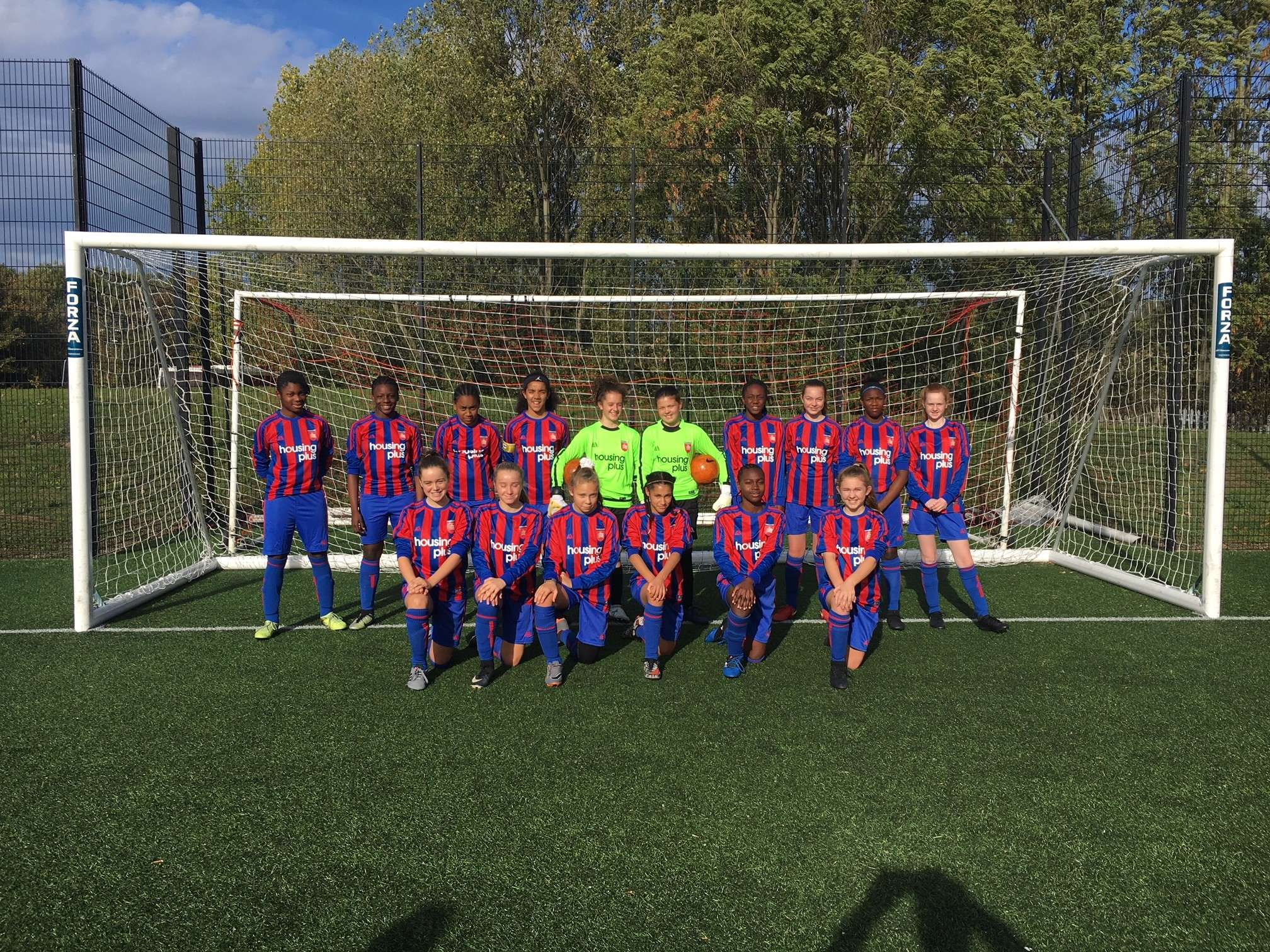 Having relaunched Representative Teams for Under-14 Girls and Under-16 Girls this season, the Middlesex Schools’ FA took the new squads to Kent for the first matches of the campaign.

Although they were playing together for the first time, the Middlesex U14 girls looked comfortable and confident early on, creating some good chances down the flanks but weren’t able to get a shot on target. Failing to make this positive start count would prove costly, as midway through the first half a free kick from the edge of the left side of the penalty box found an unmarked Kent striker at the back post who tapped it in past a helpless Lianna to give Kent the lead.

Middlesex didn’t let the goal affect their confidence and continued to push late into the half. The Seaxes eventually created a great chance for Harriet, whose attempted lob landed just over the bar on the top of the net.

After the break, Middlesex came out strongly, pressing high up the pitch and not letting Kent out of their half. Two early chances for Middlesex were well saved by the Kent ‘keeper, but there was nothing she could do when Harriet played a great through ball for Susan, who calmly took the ball around the goalkeeper and finished expertly to make the score 1-1. Just moments later Middlesex produced another creative move which nearly saw Shakira give Middlesex the lead, but after pressure from the Kent defender the ‘keeper was able to make the save because Shakira lost the power on her shot as she was bundled to the ground. The rest of the half was a very tight and even affair, with neither team able to create any clear-cut chances and the match finished with the final score Kent U14 Girls 1-1 Middlesex U14 Girls.

The Under-16 Girls’ first match of the season ended in a narrow defeat to Kent. The game had everything for the neutral, from pace and excitement to penalties and passion! Both sides were full of quality young players, who put on a real show for their travelling fans. The match was a fantastic advert for female football in the South East of England.

Manager Ben Moore commented, “Myself and the coaching staff feel very lucky to be working with such a talented group of female footballers from all over Middlesex.”