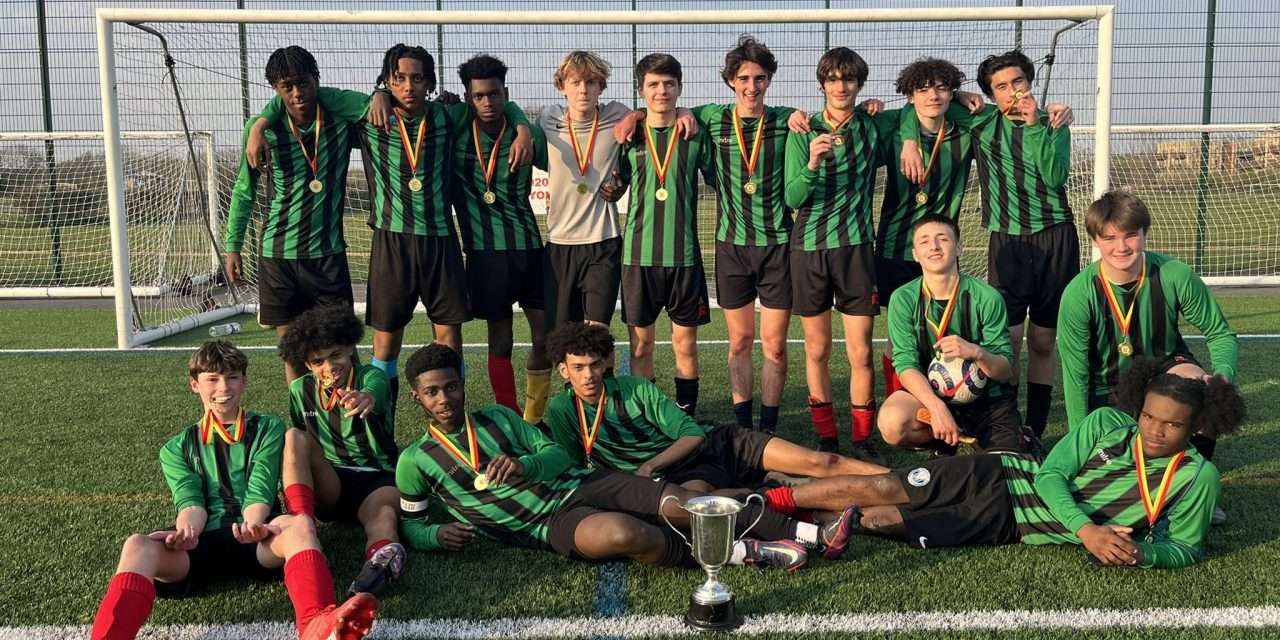 The Brigg Cup – which opens with a group stage, then progresses to a knockout phase – was once the alternative to the Association’s 1st XI League. However, as the needs of our member schools have altered, the League came to an end and the Brigg Cup took on a new significance. This season’s Final featured two schools who had never won the Brigg Cup before; Ashmole Academy, who had been leading lights within the 1st XI League during its last few seasons and Elthorne Park, whose U14 Girls had competed on the first day of Finals Fortnight.

Having finished second in their group, Elthorne Park had been drawn ‘away’ in every round of the knockout stage of the Brigg Cup but had hit eleven goals in their three ‘do or die’ matches leading into the Final, including avenging a group stage defeat at the hands of Twyford CofE. Ashmole had been equally prolific in front of goal during the knockout rounds, winning 4-1 and 4-3 before drawing 4-4 with St Thomas More, then scoring four times in the penalty competition.

It would be fair to say that, had Ashmole netted four times against Elthorne Park, they would have claimed the trophy. However, Elthorne Park had other ideas. A high-quality match between two evenly matched teams ebbed and flowed from beginning to end and ended with Elthorne Park winners by 3-2.

Under-16 Boys teams compete for the Moncaster Cup and this season’s Final pitted St Thomas More against the winners of the 2018-19 decider, Queens Park Community School. Again, this was an excellent contest between two teams who were closely matched. By half-time, St Thomas More were 1-0 ahead, a lead they doubled early in the second period. However, Queens Park (above) found another gear once they were two goals down and dominated the remainder of the game, scoring four unanswered goals to ensure that the trophy would again be draped in green and black ribbons.

With that, the 12 Inter-School Cups are complete for this season! We’re hugely fortunate to be able to play the Finals at the superb Rectory Park Football Centre in Northolt. Our thanks go to the whole team at the Middlesex FA for facilitating this, but especially to Leigh O’Connor, Andy Perren, Samantha Read and Josh Harnett. We’re also grateful to all of the match officials who controlled the games, who collectively did an outstanding job.

The Inter-District Leagues continue towards their conclusion and the Association’s U14 Girls and U16 Girls will both play against Kent for the SEESFA Championships in April, so the season isn’t yet over. Congratulations go to all of our Cup Finalists – both the winners and runners-up – and we thank every school which participated for taking part in this season’s Cups.